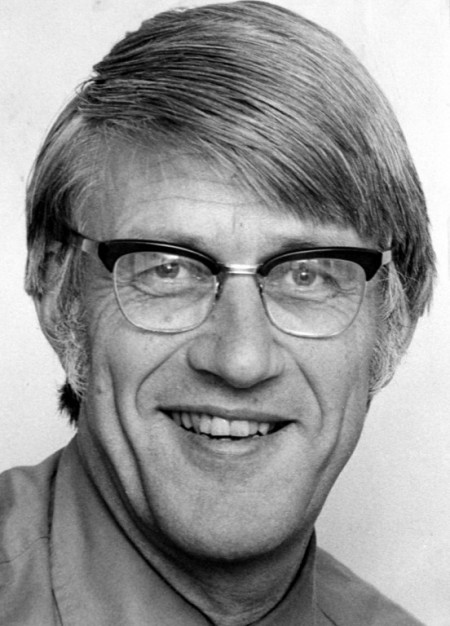 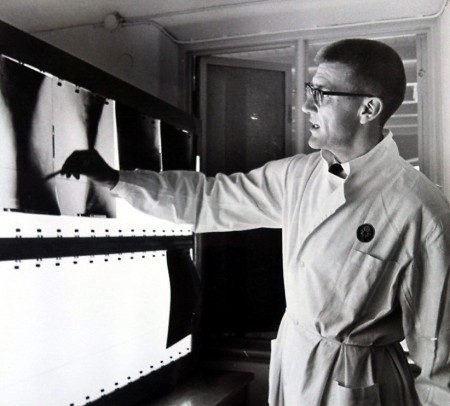 He graduated from the Royal Veterinary College in Stockholm (RVC) in 1947, after which he worked in different institutions. His doctoral thesis in 1963 was titled “On disc protrusion in the dog (Enchondrosis intervertebralis.) A study with special reference to roentgen diagnosis and to the value of disc fenestration”. In 1965 he became professor in Clinical Radiography at RVC. Sten-Erik´s interest in comparative medicine made him study also human medicine, and he graduated as a human doctor in the early seventies.

Sten-Erik had many international contacts, and worked for several years in the United States. Together with a colleague he set up a comparative bone laboratory at Hospital for Special Surgery on Manhattan. In 1965 he became professor of comparative orthopedics and radiography at Cornell University, a position he held until 1968.

Sten-Erik was a prominent and pioneering researcher in the fields of hip dysplasia, skeletal development, and osteochondrosis. For many years he had his own “bone lab”, which was privately funded.  In the seventies he and his coworkers described the pathophysiology and clinical expression of osteochondrosis in different species. At the time this disease complex was unknown, and at first the results of his research was met with skepticism from the international veterinary research community.  Many of us remember the huge impact his discoveries had on the diagnosis, treatment and prevention of osteochondrosis in dogs and horses, and on other growth related orthopedic problems in dogs. Sten-Erik was the author or coauthor of about a hundred scientific papers.

In addition to his academic and scientific work Sten-Erik was also a very competent and experienced orthopedic surgeon. He worked with clinical orthopedic patients and surgery at his wife´s, Gunnela Ljungrens, clinics in the Stockholm area, and continued to do so long after retirement.  He was a mentor not only for his PhD students but also for a generation of orthopedic surgeons. He always generously shared his great knowledge and experience in clinical radiography and orthopedic surgery, as an instructor and as a valued and enthusiastic speaker at many national and international meetings. In the late 1980s Sten-Erik started a popular and extensive course in orthopedics, called “The lameness course”, in which he was the sole teacher and instructor. This course is still continued every second year in Sten-Erik´s tradition. For several years Sten-Erik was also chair of the Swedish Animal Hospital Association.

Sten-Erik was an outdoor person. He was a passionate sailor and also a dedicated skier and skater.

After a period of illness Sten-Erik Olsson died in 2000.